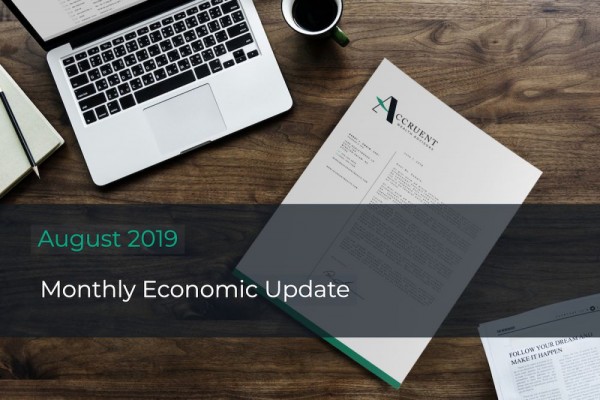 July was a positive month for stocks and a notable month for news impacting the financial markets. The S&P 500 topped the 3,000 level for the first time. The Federal Reserve cut the country’s benchmark interest rate. Consumer confidence remained strong. Trade representatives from China and the U.S. once again sat down at the negotiating table, as new data showed China’s economy lagging. In Europe, Brexit advocate Boris Johnson was elected as the new Prime Minister of the United Kingdom, and the European Central Bank indicated that it was open to using various options to stimulate economic activity.

On July 31, the Federal Reserve cut interest rates for the first time in more than a decade. The Federal Open Market Committee approved a quarter-point reduction to the federal funds rate by a vote of 8-2. Typically, the central bank eases borrowing costs when it senses the business cycle is slowing. As the country has gone ten years without a recession, some analysts viewed this rate cut as a preventative measure. Speaking to the media, Fed Chairman Jerome Powell characterized the cut as a “mid-cycle adjustment.”