Is Charitable Giving Part of Your Financial Plan?

Studies Show Philanthropy is on the Rise 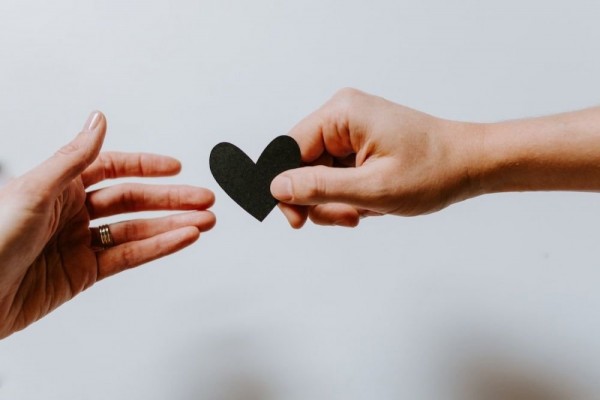 For a growing number of people, an important part of financial planning is the ability to give back to meaningful charitable causes. In fact, according to Giving USA’s 2018 Annual Report on Philanthropy, individual giving is at an all-time high. As you consider whether charitable giving will play a role in your financial planning, read on for more on the state of philanthropy in the U.S.

The year 2017 saw charitable giving in the United States increase by a whopping 5.2 percent overall – an all-time high for individual giving, with substantial increases from foundations and corporations, too. Gifts to religious causes continue to remain number one, receiving 31 percent of charitable dollars, and gifts to education causes come in second at 14 percent. Non-profits outside those areas succeed best when they have a compelling story and when they focus on transparency.

Let’s take a look at some of the details on the demographics of this record-setting philanthropy.

It’s been clear for some time that there are differences in the way men and women view – and participate in – philanthropic endeavors. In the report How Women and Men Give Around Retirement by the Women’s Philanthropy Institute at Indiana University, researchers found more data to support this conclusion. Here are just a few statistics they revealed:

We are currently in the midst of a massive intergenerational wealth transfer. Gen Xers and Millennials stand to inherit multi-trillion-dollar figures just as they are also hitting their highest-earning years in the workplace. This means they are well placed to build even more wealth, though they are also more likely to retire early or to move in and out of the workforce multiple times.

According to the BMO Wealth Institute, wealthy women are at the forefront of the changing face of philanthropy. This may be the result of changes in wealth demographics that show women now control more than half of all personal wealth in the U.S. In fact, between 2010-2015, wealth in the hands of women grew from $34 trillion to an astounding $51 trillion, according to Boston Consulting Group. A full 40 percent of American households also have primary breadwinners who are women. The majority of these women are over the age of 40, and they are approaching wealth management differently than their male counterparts.

Women are proving that they tend to play a more active role in wealth management than men. They prefer more control and understanding of their wealth management, seeing their advisors as partners who they expect to listen to their concerns and provide valuable direction and guidance. They want to master their wealth in ways past generations have not, and they are far more financially literate – Millennial women are leading this charge.

With Gen Xers and Millennials controlling so much wealth, it’s no surprise that social media has become a conduit for philanthropic influence – as well as a tool for charitable giving. Having grown up or attended college during the digital age, these philanthropists have been heavily influenced by the rise of crowdfunding. They are more globally aware than past generations, and they are more likely to be drawn to diverse causes with deep socio-economic impact.

For the ultra-wealthy, social media presents opportunities to partner with others to affect even greater change. Consider JJ Watt’s campaign for Hurricane Harvey relief, or how Oprah Winfrey uses social media to gain greater awareness and charitable giving for causes that are meaningful to her. Talking about philanthropy on social media is hip, and it helps the ultra-wealthy build their brands, too.

For smaller givers, the internet is a place to leverage your micro-giving by teaming up with thousands of other small donors around the world. Crowdfunding sites make it easy to give small but be part of a larger impact, and Facebook now includes a donate button. With the wonders of modern technology, anyone can become a philanthropist.

When it comes to philanthropic tools, perhaps the only thing growing faster than social media is planned giving. The use of donor-advised funds (DAF), in particular, is increasing year over year. More and more people are utilizing charitable tax deductions for irrevocable gifts, too.

So much is changing in the world of charitable giving, and it’s worth considering whether it should factor into your personal financial planning. With a growing number of tools – some of which provide valuable tax benefits – there has never been a better time to engage in philanthropy to support your own goals while impacting causes that are meaningful to you.

If you would like help regarding your charitable giving plan, please reach out to Accruent Wealth Advisors for a complimentary consultation. Please call (336) 760-4829 or email us at info@accruentadvisors.com. You can click here to schedule your consultation today.