In this Q4 recap: Equities maintain their momentum to close out a strong year on Wall Street, helped by a slight thaw in the U.S.-China trade dispute and some better-than-expected domestic economic data. 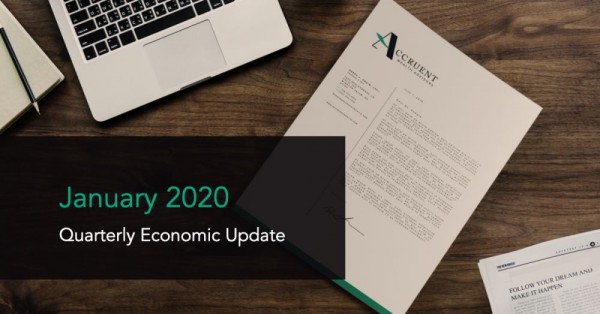 THE QUARTER IN BRIEF

Movement in U.S.-China trade negotiations, an accommodative Federal Reserve, evidence of decent economic growth – all this brought some fourth-quarter tailwinds to Wall Street. The S&P 500 advanced 8.53% in the final three months of the year. Foreign stock markets also posted Q4 gains, and some clarity emerged regarding the Brexit. Gold and oil both posted Q4 gains. Home buying tapered off. As the quarter ended, a new federal law was passed, affecting both retirement savers and retirees.

In the fourth quarter, traders reacted to even the tiniest bits of news concerning U.S.-China trade relations. New 15% tariffs were scheduled for select Chinese imports on December 15. Those tariffs were never implemented, for on December 13, Chinese and U.S. officials announced an agreement on a preliminary trade pact. In this “phase-one” deal, to be signed in Washington this month, the U.S. agrees to phase out existing tariffs on Chinese products, and China agrees to buy more U.S. crops. The phase-one deal also made a start in addressing the most pressing issue in Sino-American trade relations: the protection of U.S. intellectual property in China.