In this month’s recap: Stocks, gold, and oil all surge, a door opens for U.S.-China trade talks to resume, and the Federal Reserve suddenly sounds dovish. 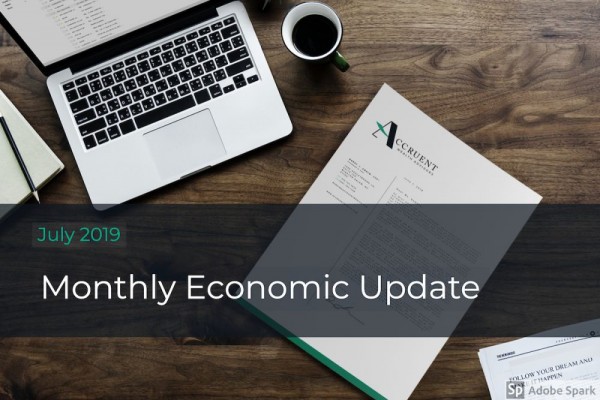 You could say June was a month of highs. The S&P 500 hit another record peak, oil prices reached year-to-date highs, and gold became more valuable than it had been in six years. (There was also a notable low during the month: the yield of the 10-year Treasury fell below 2%.) Also, a door opened to further trade talks with China, and the latest monetary policy statement from the Federal Reserve hinted at the possibility of easing. For most investors, there was much to appreciate.

On June 29, President Trump told reporters, gathered at the latest Group of 20 Summit, that he and Chinese President Xi Jinping were planning a resumption of formal trade negotiations between their respective nations. Additionally, President Trump said that the U.S. would refrain from imposing tariffs on an additional $300 billion of Chinese goods for the “time being.” A six-week stalemate in trade talks had weighed on U.S. and foreign stock, bond, and commodities markets in May and June.